Welcoming Xuan Ky Hoi, blending into the jubilant atmosphere of the new year, the great Thudo Multimedia family has brought a warm Tet atmosphere, coming to all Thudo-er through the year-end party. 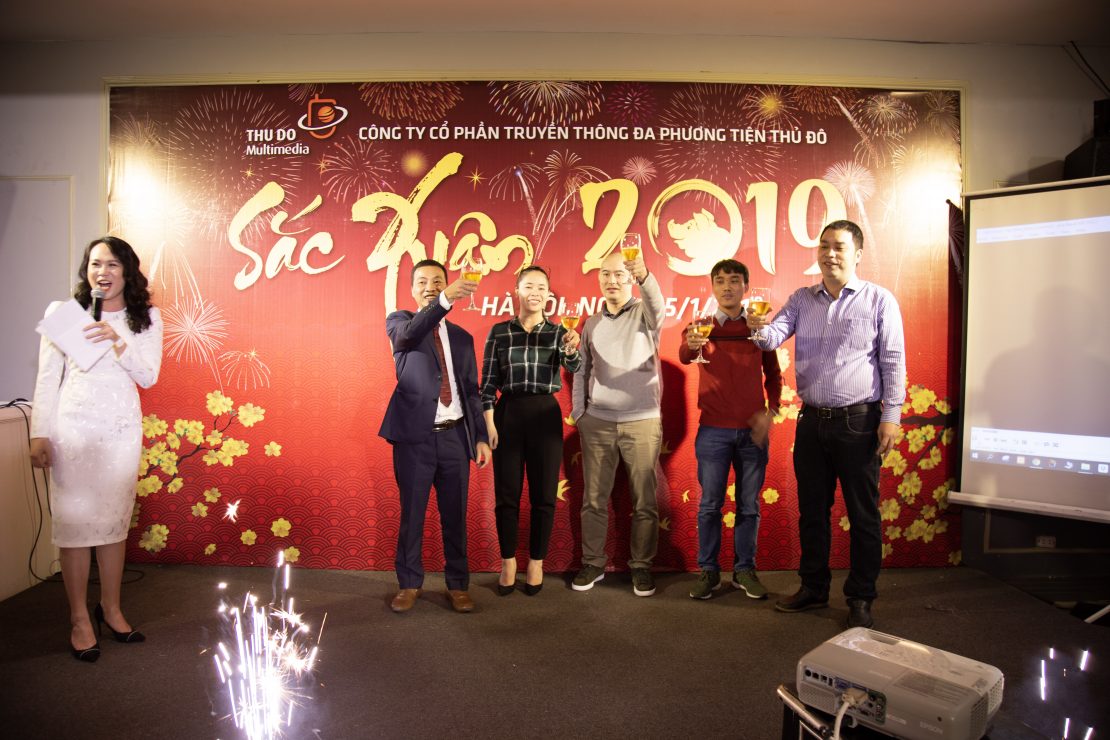 At the year-end-party Mr. Nguyen Ngoc Han – Chief Executive Officer of Thudo Multimedia Company gave the next goals for 2019 as well as a cordial thanks to all staff members working with the Company during the past 8 years. 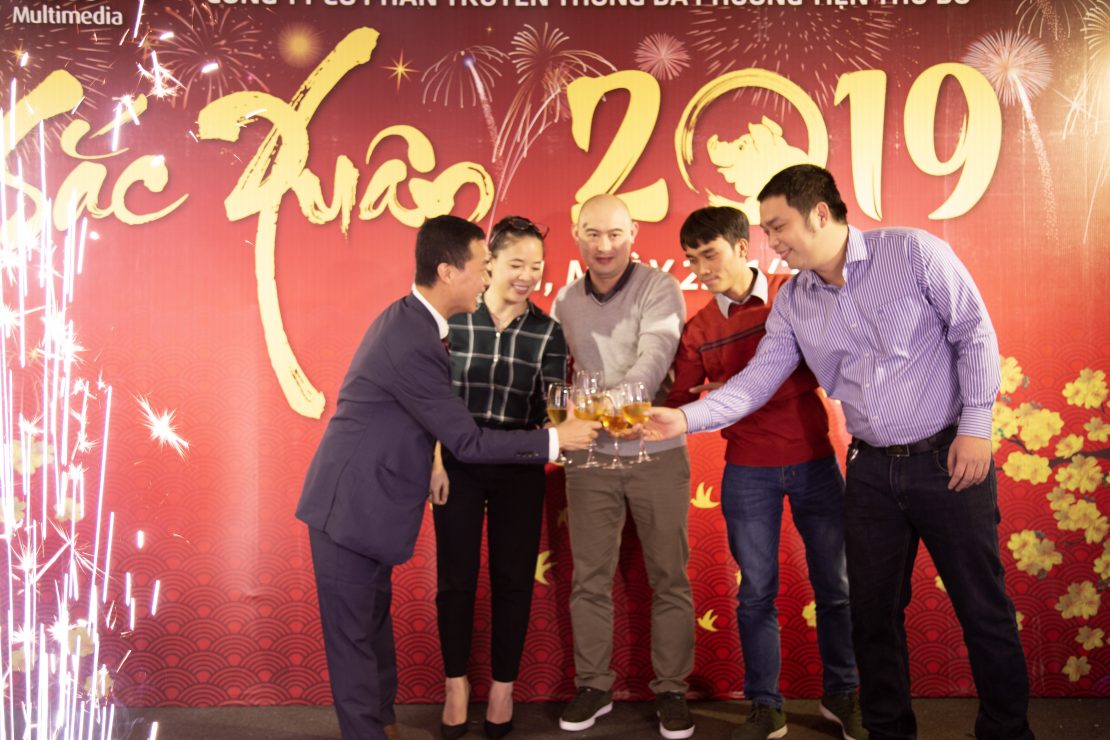 For the purpose of bringing the Lunar New Year to everyone, the cross-cutting theme for this Gala is the traditional New Year, from the name “Spring” to the content of the items, which are all directed to the New Year theme. The party is held at Sen Tay Ho restaurant with a quiet space of a peaceful village, where there is a multi-well tree, where the buffalo is pregnant and chewing grass next to the straw, reminding the familiar image of village, associated with the childhood image of each person.

6.30pm, the official party starts with the explosion of champagne as the 1-year signaling gunfire has returned. All the members of the company congratulate a new year with a lot of fun and excitement. 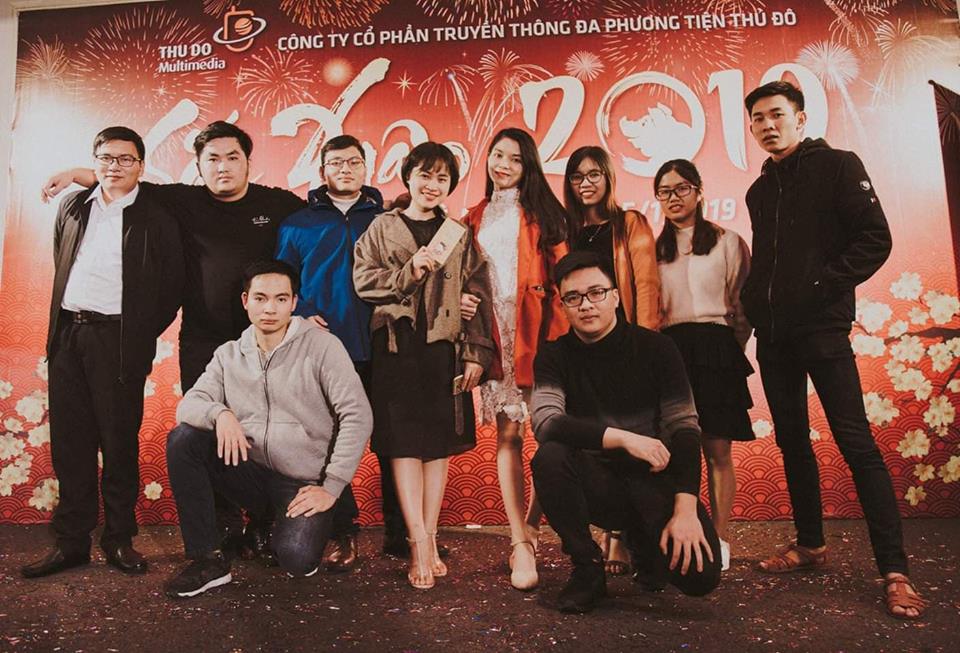 On the night of the party, all the best performances were shown by the amateur artists of Thudo Multimedia. Although being a technology company, most employees are technicians, think of dry employees but the party has exploded with extremely special entries. 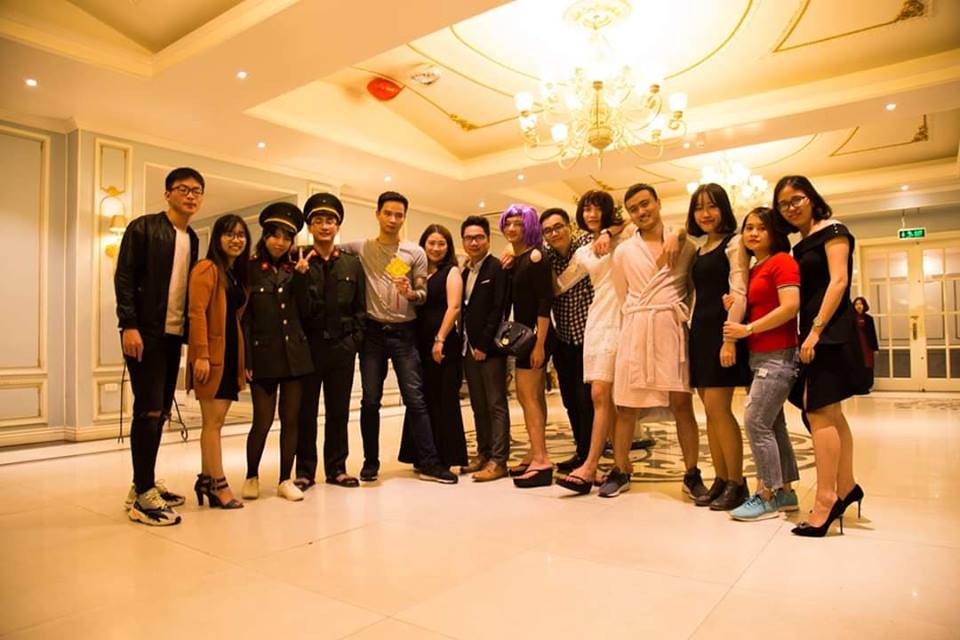 The item “Quynh Doll” won the championship of the night party

Other performances of the teams have been carefully invested, bringing an atmosphere of great excitement to the whole family of Thudo Multimedia. 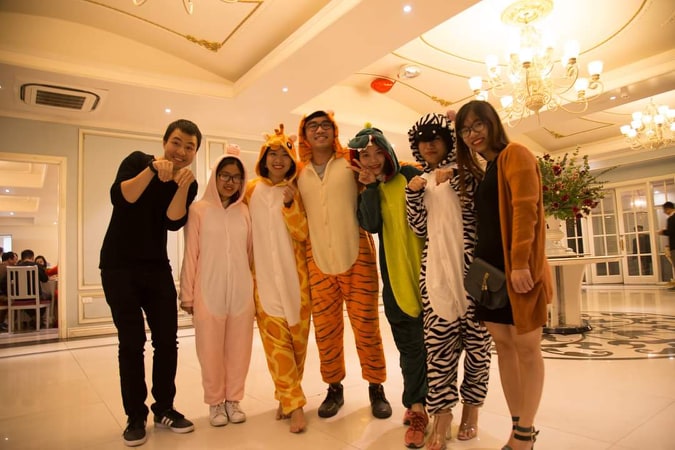 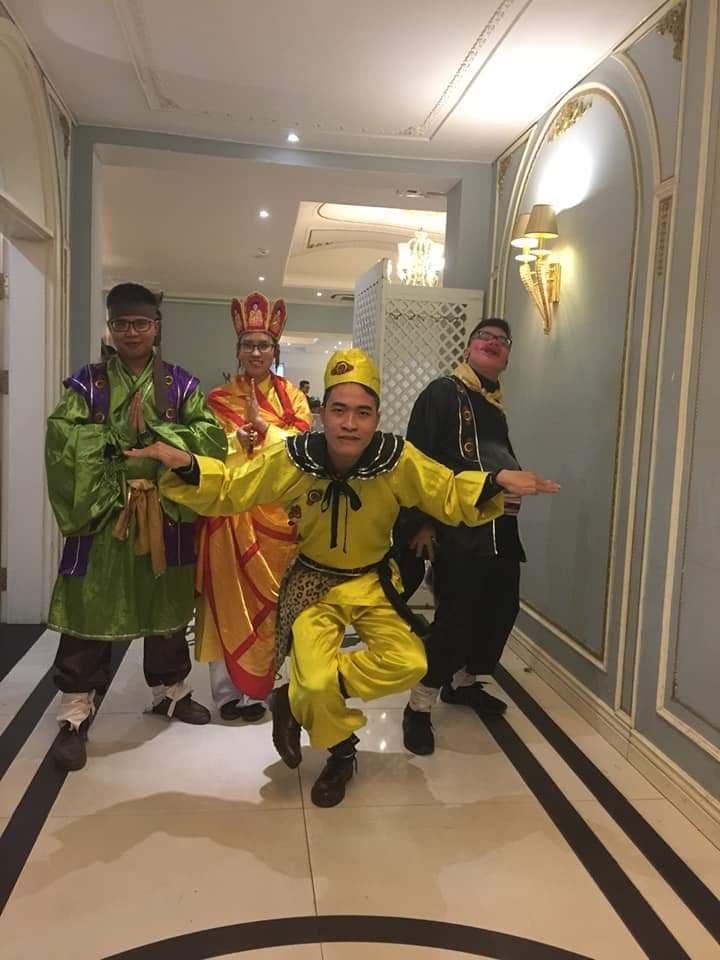 The entries in the night of the party

The moment of calm when announcing the list of the best employees in 2018. This recognition is the result of continuous efforts, always creative – proactive to complete the assigned tasks. Sharing at the party, Mr. Luu Viet Anh was very touched when he was one of the employees who was voted the Best Employee in 2018. 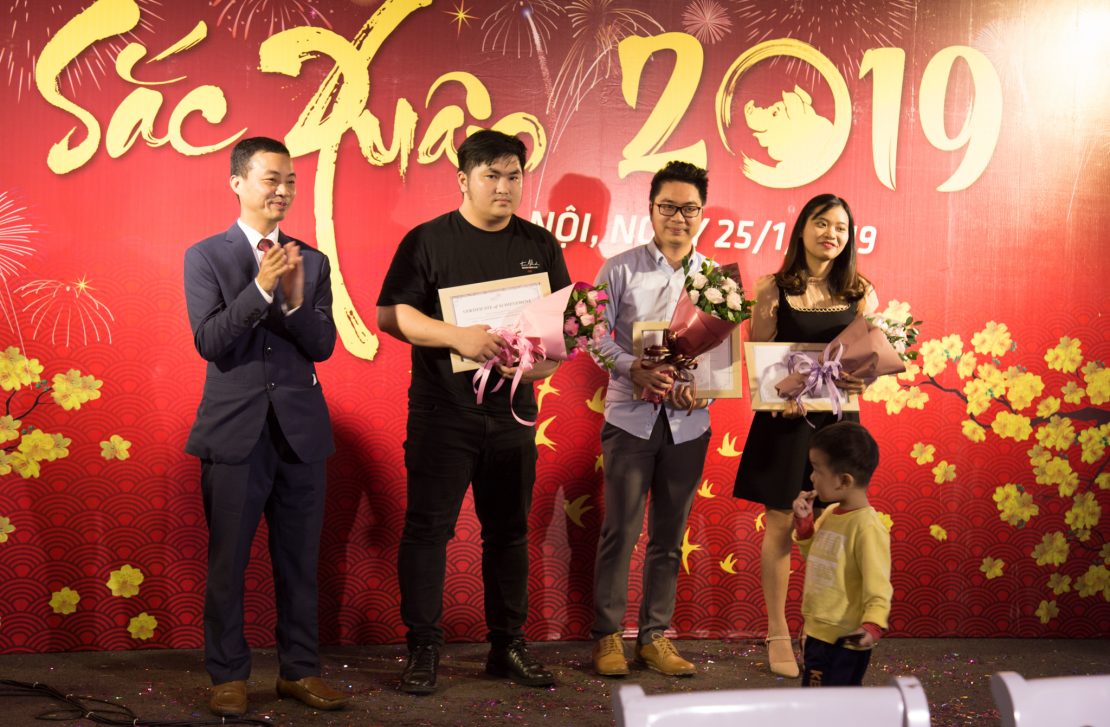 And also a part of emotionlessness, from extreme happiness to nostalgic nostalgia, is the “Lucky Draw” section. And the 40-inch TV of Golden Pig Prize belongs to Ms. Pham Thi Thu – the accounting department with the highest level of emotion. 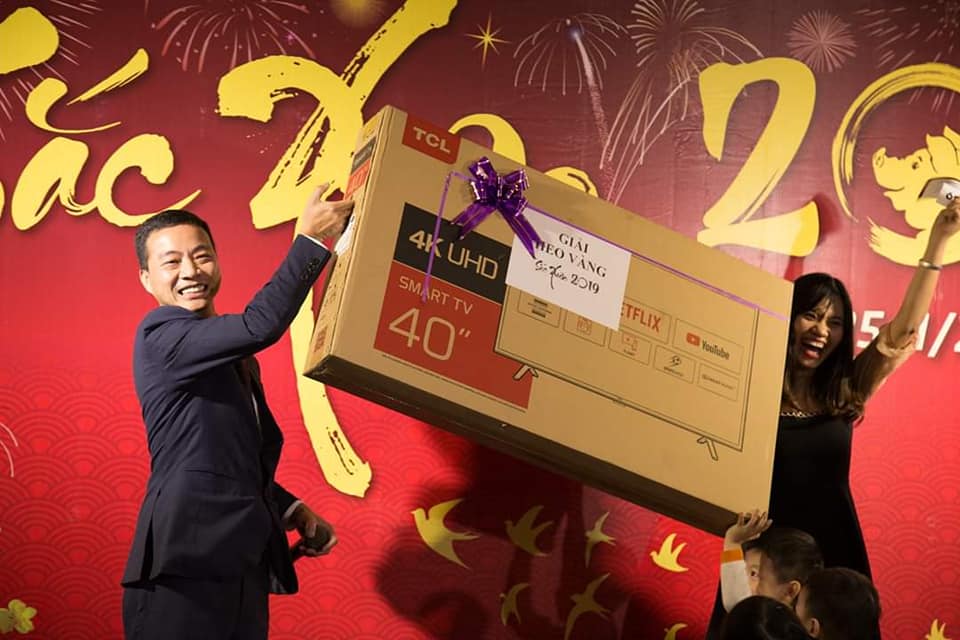 The joy of breaking down the best luck of Ms. Thu (accountant) when she received the Golden Pig Prize in the program “Lucky Draw”

Ending the year with challenges, in 2019 knocking on doors, Thudo Multimedia continued on the path of further development to bring valuable products to the community. I wish you all the healthy Thudo Multimedia family and accompany the company in the following spring. Spring Century Pig – Successful./. 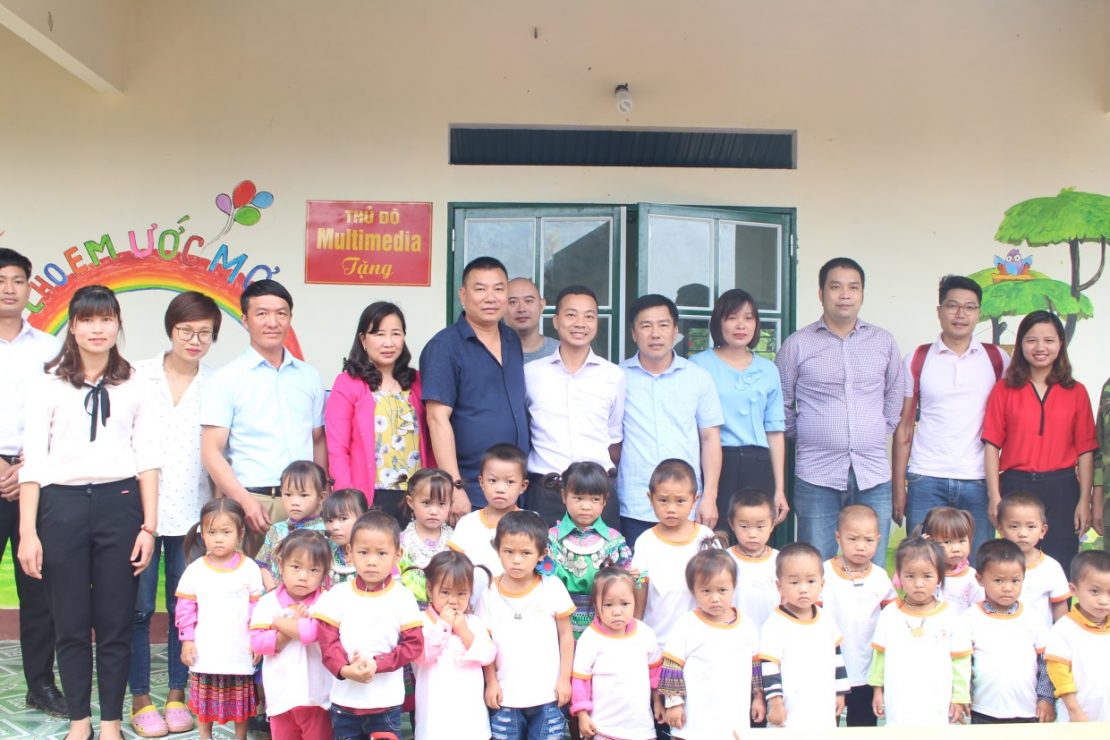 The handover ceremony “School for children” in Lao Cai 2018 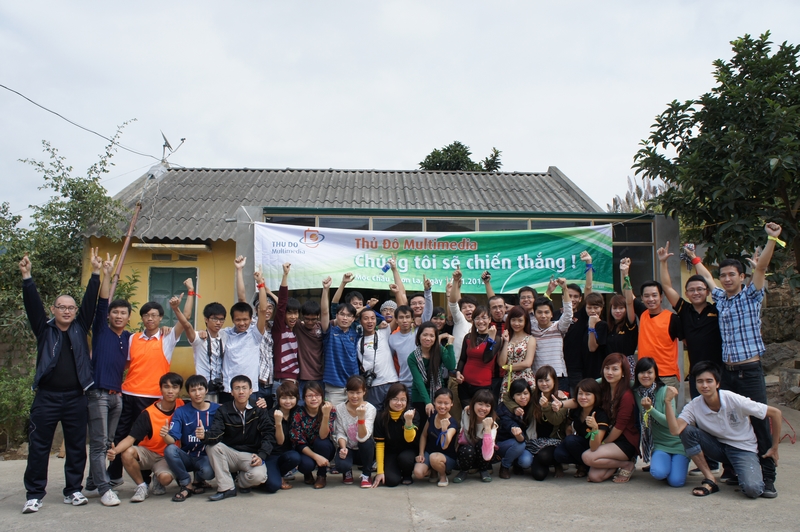 Extracurricular activities and exchanges of the Thu Do Multimedia